Choose Lantern Roofs For Your Home Or Extension Building Project 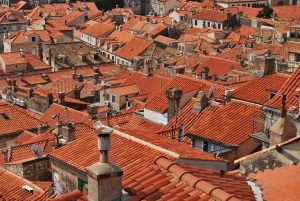 Windows were designed to allow light to flow into our homes. Indoor spaces can start feeling dark and dreary once you sacrifice a few dining, living room or kitchen hardwood windows for a home extension.

As such, paying some attention to the type of home extension you choose to have built has its own benefits. Which type of extension are you leaning towards glass, conservatory or brick and mortar?

You can increase the amount of light reaching the original rooms in your home by opting for glass and conservatory type extensions. However, if you opt for a traditional home build, this becomes more challenging, but still possible, as they use less glass.

You have 3 main options, flat, gable ended and lean-too roofs, if you have opted for the traditional build route.

The choice for most is considered to be lean-to roofs. In addition to being a great way to bring light into the new space, angled roof-lights or windows in a pitched roof can be used to reflect light back into other indoor spaces that were there before.

What you can do is however limited. A 15 degree pitched roof is the lowest possible recommendation. A pitched roof may not be an option depending on how far you intend to extend from the existing structure, as well as the positioning of windows located upstairs.

Albeit a costlier option, a gable-ended roof is considered to be a worthwhile alternative. It is a more complex structure with two pitches and a ridge taking the shape of an inverted “V”. However, even though pitched roof-lights illuminate the space directly below them, they will not direct the light back into other spaces in the original structure, instead only firing it into the new space; another challenge.

Even though flat roofs are more affordable and come with fewer complications when it comes to building them, they may leave indoor spaces feeling and looking noticeably dull, as they rely on the extension’s windows as the only inlet for natural light.

From Flat Roofs To Lantern Roofs

When it comes to bringing light into the new living space as well as directing it through to other pre-existing indoor spaces, lantern roofs, structural glass lights and roof lights can be a highly effective solution.

Considered a hybrid solution, the roof lantern is a mix between different roofing technologies. To create an extremely flexible option which attains the highest flow of natural light into the new and pre-existing indoor spaces, it combines some aspects of conservatory roof technology with some aspects of a conventional flat roof. Picture a glass box construction on top of a flat roof with a supporting “kerb” or stand up.

This design creates 3 unique benefits. As opposed to what we see with lean-to extension roofs, the minimum pitch requirement does not limit the size of your new extension. As compared to gable ended roofs, and their two pitches, the cost of a lantern roof is substantially lower. Last but not least, it delivers more light into the new and pre-existing spaces, on top of achieving the same level of flexibility on square footage associated with flat roofs.

Using a lantern roof over a central kitchen island is a great example of one of the most suitable applications of this design. It creates a good combination of creating a unique and definitive centrepiece in the space, a good ventilation option to release smells and heat while also directing natural light where it is needed.

What is the cost of a lantern roof?

Finding out how well the solution works on your house, especially how it impacts the transmission of light to pre-existing spaces is much more important than dwelling on how much it costs.

Does a lantern roof extension require a planning permit?

This is dependent on the size and location of your planned home extension, side, rear or front. Generally, according to permitted building rights, provided that it is within the given criteria, you can extend your home without the need to seek planning permission;

How to Choose the Best Roofing Contractor in College Station

You invest too much in building your house. Everything you do is to see your family happy in a cute and attractive environment. Whether...

Factors that affect the condition of your roof

The roof is what gives your house the outlook you desire and the value of it will be determined by how well it is maintained through...

What You NEED to Know About Roof Trusses

As many of you may know, roof trusses are a vital part of any sturdy and safe housing construction. Although not visible when complete,...

The roof of your domestic or commercial property must at all times be the very prime line of defense as it will work towards securing your...

Home is something which is always close to one's heart. At the end of the day, whether the day is good or bad, we always go back to one...